You betray the legacy of Tambo by not speaking out! – Mogoeng Mogoeng 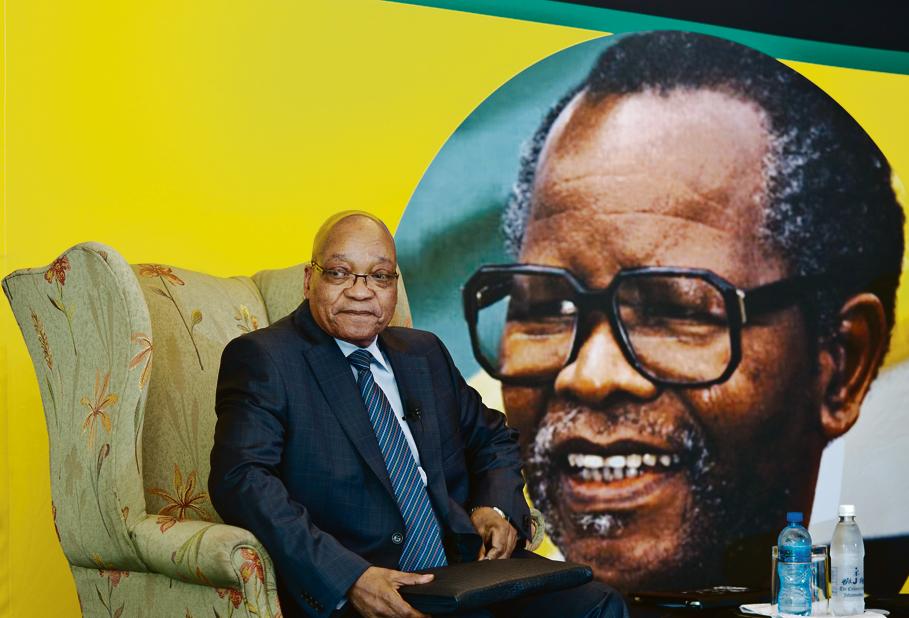 28 Oct You betray the legacy of Tambo by not speaking out! – Mogoeng Mogoeng

Chief Justice Mogoeng Mogoeng says current circumstances in the country require people to stand up and speak out.

When circumstances are so trying that they challenge and beg you to stand up and be counted and yet for the sake of money, position and self-interested you cow down…

— Chief Justice Mogoeng Mogoeng
And to those who choose to say nothing:

— Chief Justice Mogoeng Mogoeng
ANC Gauteng leader Paul Mashatile, former Public Protector Thuli Madonsela and Ginwala are amongst other prominent figures who have also made the call for those in leadership positions to speak out.

“For the sake of our future” press release sent out by ANC stalwarts (scroll down for names of the signatories):

This press release has been prepared on behalf of long standing stalwarts (names attached) of the African National Congress (ANC) who have been and remain deeply concerned about the present situation within our country and our movement.

The signatories have come together out of a profound sense of commitment to the ANC and importantly, to the future of a united, prosperous, non-racial and non-sexist South Africa.

We remain devoted to the principles and values that have been the hallmark of the ANC for over 100 years, values that are encapsulated in the Constitution of our country and the Freedom Charter.

Given the signatories’ length of service to the ANC and the country we would add value to the process of introspection to which the ANC has committed itself.

Collectively and as individuals we have attempted to engage with the President of the ANC and the other senior five elected office bearers of the ANC, (through the Office of the Secretary General (OSG), the letter was sent directly to the President as well), in the belief that our diverse and long standing involvement and knowledge of the movement could contribute to correcting many of the Ills that have befallen our organisation.

Regrettably, the response by the OSG has focused on administrative and structural internal processes of the movement and appears to show a lack of awareness of the urgency that the signatories feel.

The pace of events unfolding in the ANC, Government, and civil society severely limits the ability of many within the African National Congress to use the normal internal processes and largely dysfunctional structures to raise concerns and potential solutions; there is simply not the time.

We believe that the overwhelming majority of ANC members who are committed to the real values of the ANC will understand this and give their support to any initiative that helps strengthen the movement, government, the role of Parliament, and the institutions of the state to ensure the necessary corrections take place, before it is too late.

Any initiative of this nature will see people who seek to question motives.

This is understandable, and the loudest criticism will come from those who do not necessarily have the best interests of our movement and the country at heart.

As signatories we stand in solidarity with the Minister of Finance, Pravin Gordhan and the other accused, Oupa Magashula and Ivan Pillay. We strongly believe the charges are without foundation and clearly show a misuse of state agencies, when the NPA and other agencies should be focusing on cases of corruption and the misuse of public funds. We urge all members of the ANC to show their support for the three accused on Wednesday, 2nd of November 2016 at the Pretoria regional court. No stalwart who believes in the historical values of the ANC can abstain from this issue.

As with any political organisation there are mistakes that need to be corrected.

Historically, the ANC has faced many challenges, but because of leadership, introspection and honest self-criticism, the movement has been able to grow in strength and stature, in the eyes of our membership, communities of South Africa and the international community.

The trust between the ANC and communities, built over up over so many years, is now severely under threat.

Communities that have looked to the ANC for leadership and who we should serve, increasingly see self-enrichment, corruption, nepotism and the abuse of power – the moral high ground that the ANC enjoyed is being lost.

As stalwarts and long serving members of the ANC we have a profound responsibility to the movement and the country to ensure that the principles and values of the ANC are not destroyed.

We believe that the overwhelming majority of our citizens embrace the values of the Freedom Charter and the Constitution of our country and share this view.