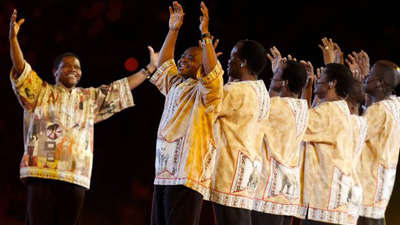 The dedication comes as President Jacob Zuma has declared 2017 the year of Oliver Tambo.

The group is once again putting South Africa and its historical heritage on the map. It is being helped by some other award winning artists including Grammy award winning jazz saxophonist and songwriter Kirk Whalum, Malian afro-pop singer, and South African songstress, Lira.

Whalum says he is humbled to be a part of the project: “I am standing here with a great deal of humility, just to say that the world has been in need of the joyous gift that you have given so freely. It’s not just an artistic statement that in itself Ladysmith Black Mambazo is singular artistically. But also the world is in need of the joy and the hope your music has provided. And here I stand acknowledging that the hope you bring through your music is crucial.”

Manager of Ladysmith Black Mambazo, Xolani Majozi, says the group wanted to give something back to all South Africans.

Oliver Tambo’s son , Dali says he is sure that his late father is looking down on the unique collaboration and smiling.

“They really are the Beetles of Africa, the rolling stones. These golden voices are perfectly matched to Oliver Tambo. As you know he was a choral conductor and a choir master. He was exact in it. He was a perfectionist. I think he would be totally delighted that a group that abide by the same musical discipline of excellence are coming together.”

The full version of “Long Live” is expected to be released in October.