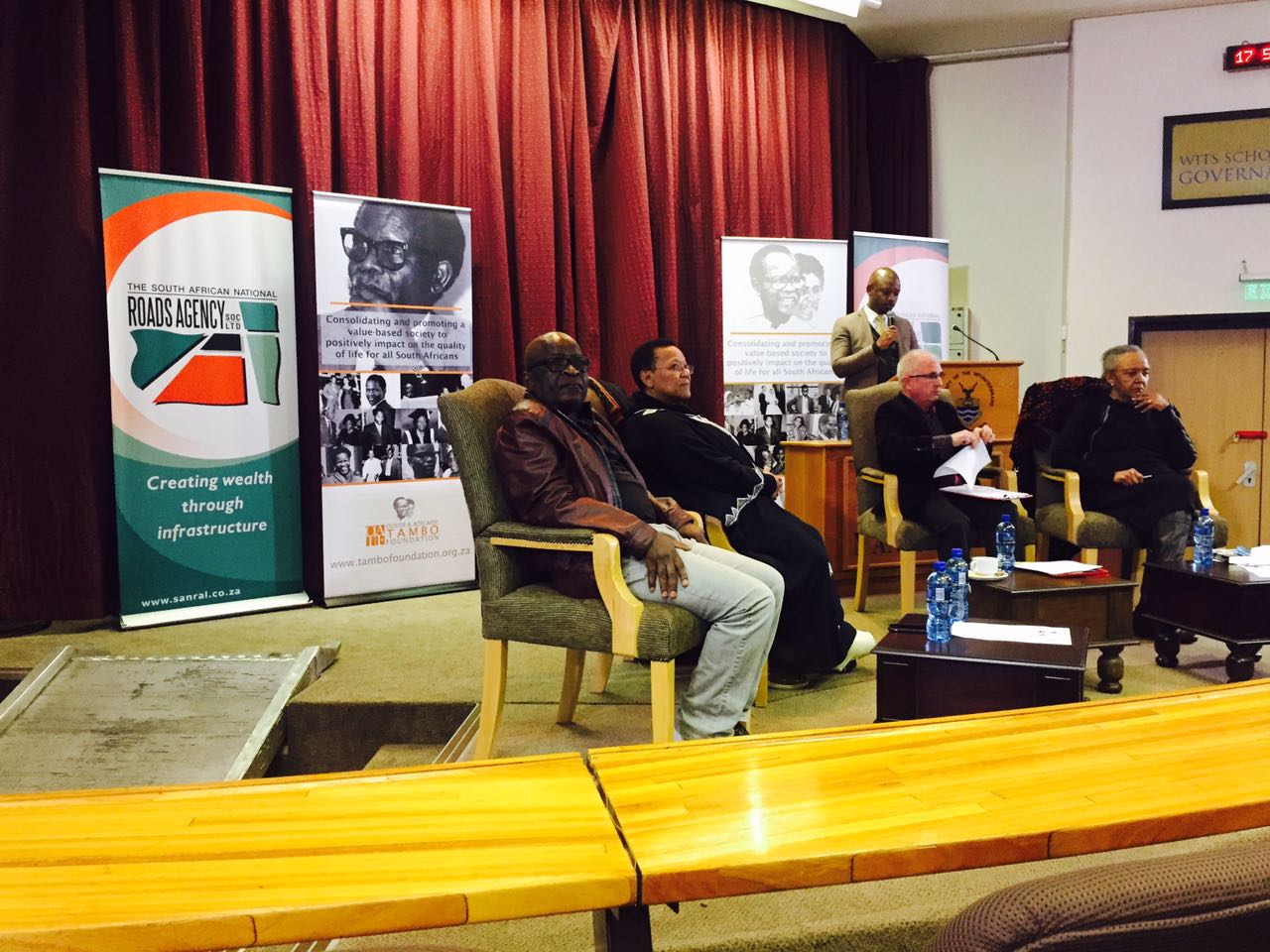 The Foundation together with the South African National Roads Agency (SANRAL), the Mail & Guardian, Kaya fm, and the Wits School of Governance, hosted the Critical Thinking Forum on the 16 th May 2017. The topic: “Leadership Lessons Learnt from OR Tambo”. The event was facilitated by John Perlman, and for the first hour, was broadcast live on Kaya FM.

The opening welcome and opening remarks were made by Mr Skhumbuzo Macozoma, CEO of SANRAL. On the panel was Ngoako Ramatlhodi, Barbara Masekela and Sheila Sisulu. They spoke about OR being a selfless leader who was not materialistic – a stark contrast to today’s leaders, whose moral fibre has been crippled by greed. To further illustrate the kind of leader that OR was, they spoke about how he focused more on leadership than personality politics. Some of the great lessons learnt by the panellists from OR were to act and not just speak – he travelled the world mobilising support for the liberation movement, showing them that South Africans are people just like them. When asked how they thought OR would have handled challenges of being in power, the panel unanimously agreed that while he was a very adaptable man who would have been able to adapt to today’s situation, being the ardent Christian and highly moral man that he was, he would have been able to do this without being corrupted. OR was consistent in character – ethical, forthright and hands-on.

The audience was also able to engage with the panel, posing questions about what OR would have said in light of where the country’s current state of leadership, and how the youth of today can engage the seemingly detached older generation that was led by OR. Finally, there was a word from the Ambassador of Zambia to South Africa, who spoke about the love Zambian people had for OR and the support the Zambian government gave to the liberation struggle. Thank you to our partners, and especially to the evening’s sponsor, SANRAL.