Deconstructing The Definition Of A Freedom Fighter #NOTJUSTAWIFE 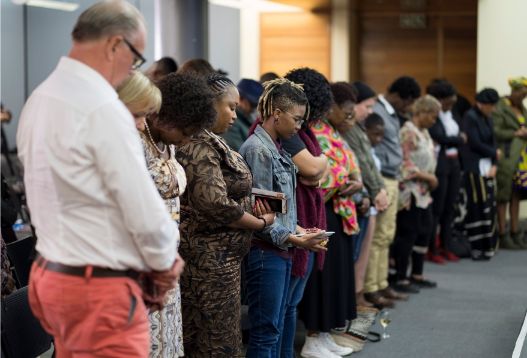 In partnership with Absa, the Swedish Embassy, EasyEquities and the National Heritage Council, we hosted the inaugural dialogue in the Deconstructing the Definition of a Freedom Fighter series, titled #NotJustAWife, at Constitutional Hill’s Women’s Jail.

The audience valued the frank and open manner in which the panel members engaged with them. Be it Ms Chaba’s revelation of Dr Thandi Ndlovu’s abuse; Dr Ditsie’s remarks of feeling unsafe when it came to wearing skirts as a woman in 2019 South Africa; or Adv Maphalle’s reflection on the matrilineal Balobedu tribe and the way in which they lead, and have always led, their people, each panellist’s tale was abundant with authenticity, honesty and sincerity. This allowed for an honest, open discussion of the world we live in.