The year 2017 has been declared the year of Oliver Tambo, as it marks what would have been Oliver Reginald Tambo’s centennial year, had he lived. To celebrate the year, the Oliver and Adelaide Tambo Foundation in partnership with ABSA Bank Limited and The University of Fort Hare in Alice hosted a host a high-level panel of prominent agricultural industry experts to discuss the future of agriculture and food security in South Africa on the 20th of July 2017.

The dialogue, titled “Towards a Food Secure 2030: Unpacking the National Development Plan” is part of a series of debates organized by Oliver & Adelaide Tambo Foundation in partnership with Absa, and aimed at bringing under the spotlight a range of socio-economic issues affecting South Africa and the continent. Among the issues discussed by our panellists is the impact on food production of the increasingly erratic weather patterns, volatile agricultural commodities markets, an uncertain land and agricultural policy environment, as well as concerns about the planet’s ability to feed an ever-growing population.

Our panel talked about there being sufficient food production as we are net exporter of food. The challenges with food insecurity like poverty and unemployment, where possible answers are around an alliance of farmers, government, and the private sector. They raised question of who is active in agriculture-small scale sector. Challenges faced by banks in terms of agriculture in terms of a lack of tenure security, communal land and individual land ownership policies, lack of assurance of deal fulfilment and production and returns, where there is a need for innovative ways to: minimise food waste, minimise harvest loss, the National Development Plan and a need to ensure efficient implementation. Finally, the panellists gave recommendations on the following issues, to maximise on the utilisation of available resources where relevant authorities would need to facilitate this, youth development and skills development voluntary work with farmers, alternative sources of capital and to utilise technology and networks. 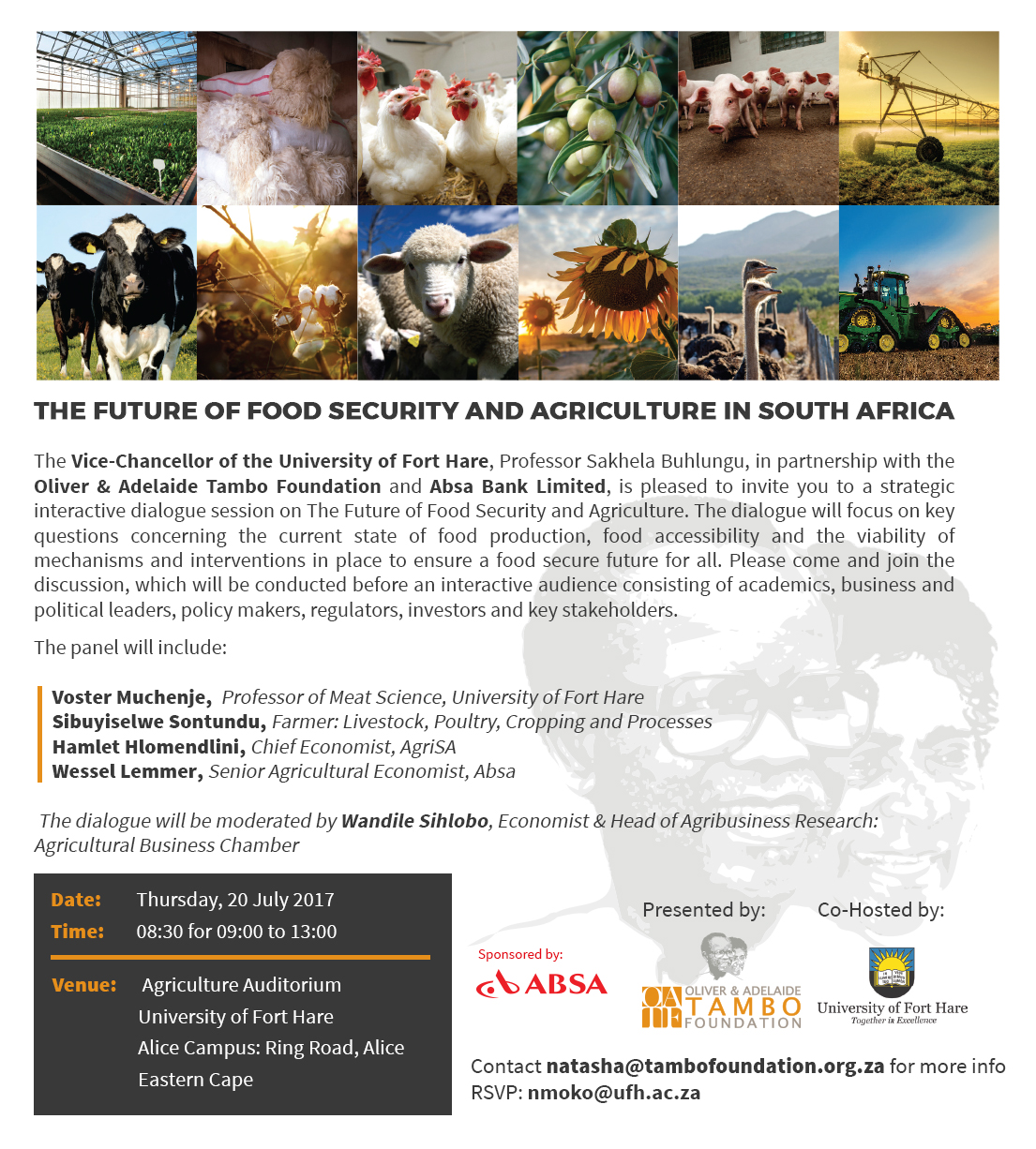