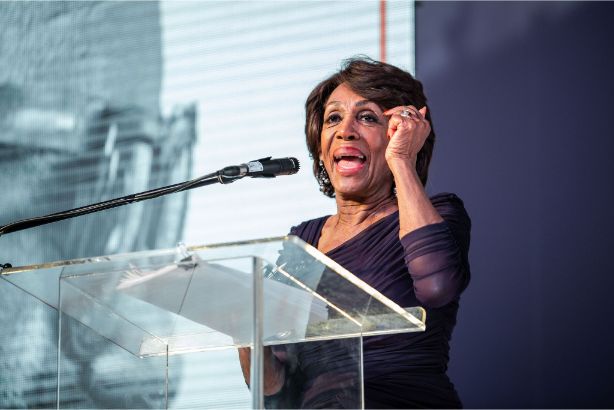 The lecture opened with the singing of the national anthem by the children of the Air Force and Mr Timothy Moloi. Renowned poet, and programme director for the evening, Ms Lebo Mashile, performed a poem titled We Were Travellers, accompanied by a performance by prima ballerina, Ms Kitty Phetla, and dance company, Moving into Dance.

The lecture, themed Tambo’s Vision for an Equal Society, shone a light on how he effectively galvanised the world to join the anti-apartheid movement, which was critical in the eventual demise of the South African nationalist state. In her keynote lecture, Congresswoman Waters said, “President Tambo was a messenger, but he didn’t just deliver the message of South Africa’s future, he was its chief architect. He was an advocate. He didn’t just ask for help – he presented a moral and practical imperative that dissolved opposition.”

As a part of her lecture, the Congresswoman addressed two major issues that dominates the South African political landscape, namely femicide and xenophobia. She emphasised the dangers of xenophobia across the continent and drew parallels between the global rise of anti-immigrant nationalism, with a particular focus on her native USA. She also spoke passionately about the scourge of gender-based violence, using the murder of Uyinene Mrwetyana as an anchor, and called on President Ramaphosa to honour the commitments that he made on 05 September when he addressed protestors in Cape Town.