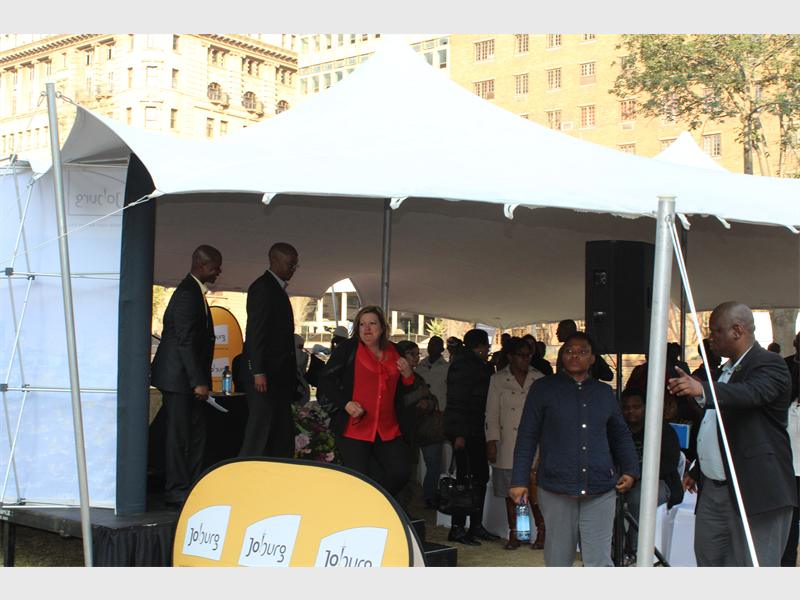 Posted at 07:18h in Opinion Pieces by OATF

The City has honoured a fallen ANC stalwart with an artwork, situated at the Beyers Naudé Square in the CBD.

The Colossus consists of angled concrete plates in the shape of the continents on the world map, supported on high-quality face-brick plinths, with a portrait of Oliver Tambo over the continent of Africa. Spread across the rest of the map is bold, embedded text: Oliver Reginald Tambo – A great giant who strode the globe like a colossus has fallen. The text is the opening line of a speech given by Nelson Mandela at Oliver Tambo’s funeral on 2 May 1993.

“This artwork is fittingly titled The Colossus. Indeed, OR Tambo was like a colossus, a giant in the struggle [for] the freedom we now enjoy as South Africans and as residents of the City of Johannesburg,” said Tau.

Dali Tambo was also present to witness the historic proceedings. He said he has been waiting eagerly for this day as, for a long time, he thought his father was forgotten. He added that it was an honour for his father’s legacy to be remembered in this way by the City. Tambo also applauded the City for taking heritage seriously. “Heritage matters. There is a tendency today of being a bit timid about how we implement heritage. Heritage is like a supermarket for spiritual sustenance.”

He added that the artwork was not only honouring his father but will also serve as a symbol of remembrance for all other struggle heroes who worked with him.

The artwork was designed by artist Martin Fourie and is intended to commemorate and celebrate the great legacy of OR Tambo. Fourie’s design was chosen by an adjudication panel following an open public competition for designs for a commemorative artwork.

“The Colossus is indeed an iconic addition to the City of Johannesburg’s public art collection and builds an aura of attraction to a place with distinct culture, art, architecture and public space,” concluded Mayor Tau.

This article was sourced from The Fourways Review