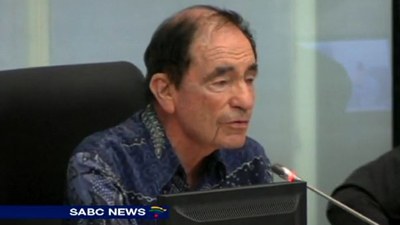 Former Constitutional Court Judge Albie Sachs says there is no need to amend the country’s constitution.

Delivering a lecture at the Luthuli Museum at Groutville, north of Durban, he said there were sufficient remedies in the current constitution that could be used to bring about change in society.

Sachs shared his fond memories in defending freedom fighters. He went as far as singing some of the songs they sang in exile.

He also reflected on the characteristics of ANC leaders Inkosi Albert Luthuli and Oliver Tambo, saying – among others – they were good listeners.

On the growing calls for the amendment of the country’s Constitution, Judge Sachs says there are sufficient remedies in the current Constitution that can be used to bring about change in society.

Judge Sachs reminded South Africans that the democracy they enjoy came to some extent at the expense of neighbouring countries.

“You know the bomb that was planted in my car that was intended to kill me, did not kill me – it killed two Mozambicans and all the countries in the neighbourhood. Angola suffered enormously with a civil wars; South African troops were there, they were killing Angolans, they were killing Cubans, they were killing South African freedom fighters. So all the neighbouring countries paid a huge prize in blood and in their economy to enable us to achieve the democracy that we have now and we must be eternally grateful for the sacrifices they made it was huge for our freedom and never forget we were received as refugees.”

Judge Sachs also opened the Amnesty International exhibition of Human Rights based on the rights enshrined in the South African constitution at the Luthuli Museum.