The life of Oliver Tambo: People he mentored are now part of the problem 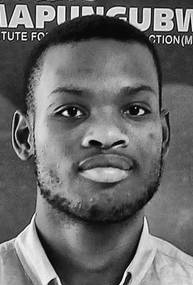 30 Oct The life of Oliver Tambo: People he mentored are now part of the problem

Posted at 01:32h in Articles, Opinion Pieces by OATF
Chief Justice Mogoeng Mogoeng reminded us that Oliver Tambo never betrayed the national democratic revolution by putting his personal desires first; in a time of much danger he led with selfless courage. He was a president who welcomed dialogue and disagreement within the ANC so long as dialogue would keep the machinery of the revolutionary movement moving forward. The current leadership should take heed.

The Chief Justice of the South African Constitutional Court, Mogoeng Mogoeng, delivered a stinging memorial lecture about former president of the African National Congress Oliver Tambo in October 2016; a memorial lecture about a man of whom the ruling party would in a year of political demise proclaim “the year of OR Tambo” in commemoration of the 100th year since his birth.

South Africans have got to know Mogoeng Mogoeng as a leader who is a staunch advocate for morally principled and selfless leadership, since he assumed the bench of the Constitutional Court in 2011. Many of his judgments in recent history have been interpreted by the ruling party elite’s leadership as judicial overreach. These interpretations result from judgments from the court that have dealt crippling blows to the governing party, the ANC.

Mogoeng in his lecture last year spoke of “functional leadership”, something he has led by example in achieving as the head of the judiciary. The Chief Justice did a stellar good job in capturing the colossal life of comrade OR Tambo in his lecture.

In remembering comrade Tambo, Mogoeng Mogoeng implored us to put selfless service ahead of personal selfish desires for power and money, a quality South Africans (both in public and private sectors) are battling to put into practice. Much like how President Tambo was able to be the longest-serving president of the ANC at a time of many ideological differences, and political turmoil within and outside the organisation.

Mogoeng reminded us that Tambo never betrayed the national democratic revolution by putting his personal desires first; in a time of much danger he led with selfless courage. He was a president who welcomed dialogue and disagreement within the party so long as dialogue would keep the machinery of the revolutionary movement moving forward. Indeed, history can testify that the wheel of intellectual debate never stopped spinning during his time as head of the ANC.

The Chief Justice also called for a united dialogue between different political affiliations in the country to put their heads together for the purpose of finding the correct solutions to the challenges faced by the nation.

One can be sure that comrade Tambo would be distraught to find that his warning to the leadership of the party – that they “ought to toe the line of courage and principle when they become the nation’s leaders because leading a liberated nation would be harder than fighting for liberation” – was not being heeded. He would also surely find it hard to reconcile how one of the reasons for the impending demise of the ANC is that the party has sacrificed its founding principles, how the party no longer welcomes dissent and disagreement. How there are personalities that have become bigger than the movement, leading our people with their egos, the current president of the party not excluded.

President OR Tambo did not forget his foundations in the ANC Youth League when he was leader of the liberation movement. In fact, OR Tambo was a friend of the youth movement and young people of the country. This again speaks to OR Tambo the visionary, as Mogoeng noted. The Chief Justice touched on how president Tambo was able to plan and facilitate discussions and consider how decisions taken by the movement would be impactful five years down the line. Through this principle he maintained being a friend of young people. He knew the importance of nurturing and mentoring the future of the organisation and of the country. It is highly regrettable however that some of the people he mentored are now part of the problem leading South Africa down a dark ally. How quickly they have forgotten and betrayed his mission.

If we critically investigate the discourse, we find that the “youth of Oliver Tambo” as it were are still in existence and some are preaching to the current context of their existence. Something comrade Tambo would have totally agreed with. If you watch the news you will quickly remember that students in universities are still fighting a principled fight for decolonised economic liberation. The youth are protesting to get promises written in the Freedom Charter, the same Freedom Charter Tambo endorsed. As we speak the governing party is sitting on an urgent fees commission report.

These young activist students are tear-gassed, beaten and arrested every day. What is interesting to note is how they climb on the back of police vans wearing ANC regalia. These are the youth who still publicly pledge alliance to the ANC as a liberation movement; however, many of them express that they are losing confidence in the ANC leadership. This is the nature of the short-sightedness of the modern-day ANC leadership. The ANC of OR Tambo would realise the significance of the moment and nurture these young politically conscious leaders rather than punish them so severely for demanding immediate action on a grievance to a promised dream.

Often there are questions asked about the ANC in relation to the youth: Is the liberation movement still a home for young people? Ideologically, politically and practically, is the ANC still available as a home for young people of South Africa? These are questions even ANC youth leaders in universities battle to answer when the movement is faced with this much scandal.

The myopic condition of the current leadership of berating young people who want to be engaged has its future in darkness. It shows failure of the movement to identify, lead and take charge of historical moments. Something must change fast if the ANC is to avert going down as another failed African liberation movement.

President OR Tambo himself led at a time when the odds seemed to be stacked against the organisation. Former President Thabo Mbeki at this year’s Tambo memorial lecture spoke to how comrade OR was a building figure for the organisation first as a leader in the Youth League till he led the entire organisation.

He inherited the organisation at a time when key leaders of the party were being sent to Robben Island, the party being banned and the apartheid government’s intensification of aggression against freedom fighters; he himself was banned but managed to maintain and further grow the organisation. As Mogoeng emphasised in his memorial lecture, he knew the revolution to liberate the African masses was bigger than himself. Thabo Mbeki also echoed these sentiments in this year’s lecture.

The answer then is to stick to principles of the party as did President OR Tambo and to believe and be guided by the mandate given by the people who are the lifeblood of the party as well as the country. The year of OR Tambo must transcend past slogans and rhetoric used by unrepentant looters. The masses must see evidence of regeneration of principles from leaders at all levels and structures. As we move closer to the ANC December elective conference the movement would do well to keep this in mind.

Perhaps as a beginning to the commitment to the “Year of OR Tambo” slogan, leaders should set aside arrogance, ignorance and self-interest. To be functional and not positional leaders, as Mogoeng Mogoeng advised a year ago. The memory of President Oliver Tambo will be justly served if South Africa as a collective reflected and moved forward as a united force to liberate the country economically. DM