Need to innovate, build unity some of OR Tambo’s key lessons 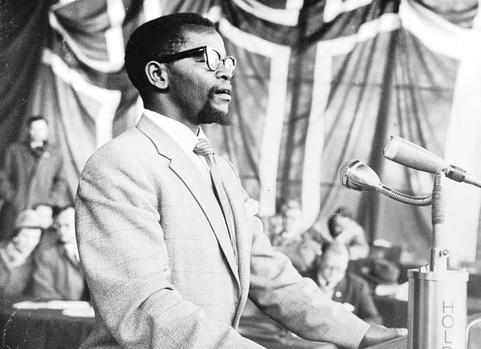 12 Sep Need to innovate, build unity some of OR Tambo’s key lessons

Posted at 09:03h in Articles, Opinion Pieces by OATF

On January 8, the ANC declared 2017 “the year of Oliver Reginald Tambo – let us deepen unity”.

This approach is not useful. Rather we must ask whether there are lessons for us today. I believe that Tambo’s legacy leaves us with four key political lessons:

Build unity and cohesion, and root out corrupt behaviour within our ranks.

Consolidate our base, but work tirelessly to win broader societal support.

Former president Thabo Mbeki said about this great leader: “Tambo was an intellectual in the best meaning of the word. He was a person of reason, a person of rational thought and rational action. It’s a great ability, a great gift, that gift of reason it was central to Tambo’s make-up and central to his behaviour.

With Tambo, you had a person who could deal with both the concrete and the abstract, the specific… between tactics and strategy – that dialectical interaction, Tambo understood very well.”

As we attempt to learn and emulate Tambo, we need to seek solutions through facts and rational debate and avoid the temptation of populism and demagogic rhetoric. This requires that we interrogate all information and apply the skills of observing and listening.

These are skills we need when dealing with difficult policy issues such as land, minerals and the economy, among others. We need to acknowledge the limited progress we have made in this regard, we must own up to our failures, and give decisive leadership.

Secondly, Tambo warned us that when the ANC governed, its challenges would become far more complex and sharper because of corruption, factionalism and patronage.

He reminded us that the key to addressing these challenges was to deepen and sustain principled unity within the ANC at all levels. Amid these pathologies, we must now find ways of uniting our movement.

One of the main causes and effects of divisions is the contestation for leadership at all levels. If the ANC wants to continue to grow we must think of new and innovative ways of electing our leaders. We need to intervene and destroy the impact of slate culture which has beset our movement.

Over the past few months there have been a number of proposals, including by the president. The initial knee-jerk reaction by some leaders and members of the ANC to some of these proposals is symptomatic of factional slate politics.

Instead of asking whether it may work, some reject the proposals outright as we have reached a stage where ideas are rejected simply because they emanate from a certain perceived slate or faction.

This does not mean that the proposals are always correct and there may be unintended consequences which arise from them. For example, the proposal by the ANC KwaZulu-Natal delegates, supported by the president, which says that if there are two candidates contesting the presidency, the runner-up automatically becomes deputy president.

In this case, how does one deal with the possibility of more than two candidates contesting? Instead of the outright rejection, however, we should engage, analyse and make alternative proposals. We should apply the rational mind of OR Tambo, with the foremost objective being the principled unity of our movement.

There are other interesting ideas from different quarters which also require further investigation. This includes open caucusing which would result in a single slate for the conference. In addition there are proposals from the leadership of other provinces to ensure inclusivity through the creation of a single slate to the elective conference.

These leaders argue that we should revert to our historical culture of a consensus compromise prior to the conference with a single uncontested slate as we did in all conferences prior to Polokwane.

In addition, academics such as University of the Western Cape’s Professor Keith Gottschalk have also provided innovative ideas to limit the impact of slates when it comes to the election of additional members to the national executive committee (NEC).

He argues each delegate at conference should only be allowed to vote for a maximum number of NEC members which is less than the agreed number of additional ANC members (80) permitted by the party’s constitution. This would result in NEC members from more than one slate being elected ensuring a more inclusive leadership.

The January 8 statement says: “Comrade OR Tambo was resolute that all cadres of the movement must display a revolutionary morality which does not allow for personal ambition or factional conspiracies. When leaders and members of the ANC are corrupt and steal they are betraying the values of the ANC, the people and our country. We will not allow this. Corruption is corruption and whoever is found guilty must pay the price.”.

This was Tambo, the protector of organisational integrity and the upholder of ethical behaviour. Today, as a movement we have been inconsistent in dealing with those who are alleged to have committed corrupt acts and conducted themselves in ways which bring the ANC into disrepute. It is this inconsistency which destroys the credibility of the movement.

Unless every comrade understands that there will be consequences for corrupt behaviour, the ANC will continue to lose support. We must call on state agencies to do their work and to investigate, charge and prosecute those who have a case to answer for, without fear or favour.

Fourthly, Tambo worked tirelessly to consolidate the base and win broader societal support. He said: “We need to always bear in mind that our movement exists to better the lives of all our people.”

Given our status as a governing party we cannot simply rely on what our members feel. We have to confront perceptions in society. We have about 1 million members, 11 million ANC voters, and 55 million citizens.

Therefore when we nominate and elect leaders within the ANC, we must ensure that the comrades we nominate to lead have credibility both within and outside the ANC. We must ask whether those we are nominating pass the test of the eye of the needle.

Are they leaders who are trusted by the broader society? Most importantly, will the overwhelming majority of voters vote for an ANC led by the leadership we are nominating and our candidate for president? It was Tambo who said: “Let’s tell the truth to ourselves. If the truth coincides with what the enemy is saying. Let us (still) tell the truth.”

Finally, Tambo required ANC cadres to be innovative and to imagine the future and plan for it. His Herculean achievement in assembling a team and winning support for the Harare Declaration demonstrates the value of a credible and believable vision for the future. As we prepare to elect a new leadership, we must also make bold policy decisions and ask the difficult policy questions such as:

What kind of economy will truly serve the needs of our people? What is the best way of meeting our energy needs? How do we lead our country and the world in mapping out a vision that places sustainable development internationally at centre stage?

Do we simply kowtow to monopoly capital or can we as the ANC lead the debate and begin to imagine a post-neoliberal capitalist world?

This is an edited version of the OR Tambo memorial lecture delivered by Cameron Dugmore, ANC MPL in the Western Cape