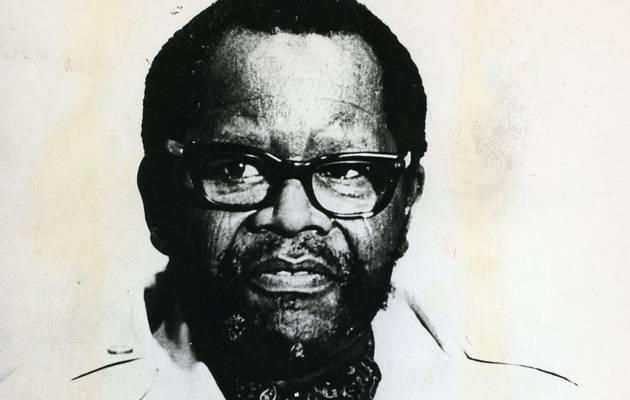 Posted at 17:42h in Opinion Pieces by OATF

Despite the fact that his career distinguishes him as one of the venerated leaders of the struggle, Oliver Tambo remains largely obscured in the shadow of other eminent members of the ANC.

“Never forget where we came from and always praise the bridges that carried us over.” – American female civil rights activist, Fannie Lou Hammer

The glorious history of the liberation Struggle in South Africa has occasioned upon us formidable giants and stalwarts. One among many who stands out like a cathedral in a citadel is Oliver Reginald Tambo. Admittedly, there is always an element of danger involved in seeing history through contemporary lenses.

Arguably, although contemporary lenses may provide an exciting kaleidoscope of perspectives, it may also discolour, distort, or compromise our viewpoint as we are not immersed in the existential conditions of the era that we are trying to dissect and analyse.

If we are to avoid errors of judgement and be fair and just to history, we must try to see Tambo in his own unique context of the liberation Struggle, and not ours. Even within that context, Tambo was an outstanding human being. 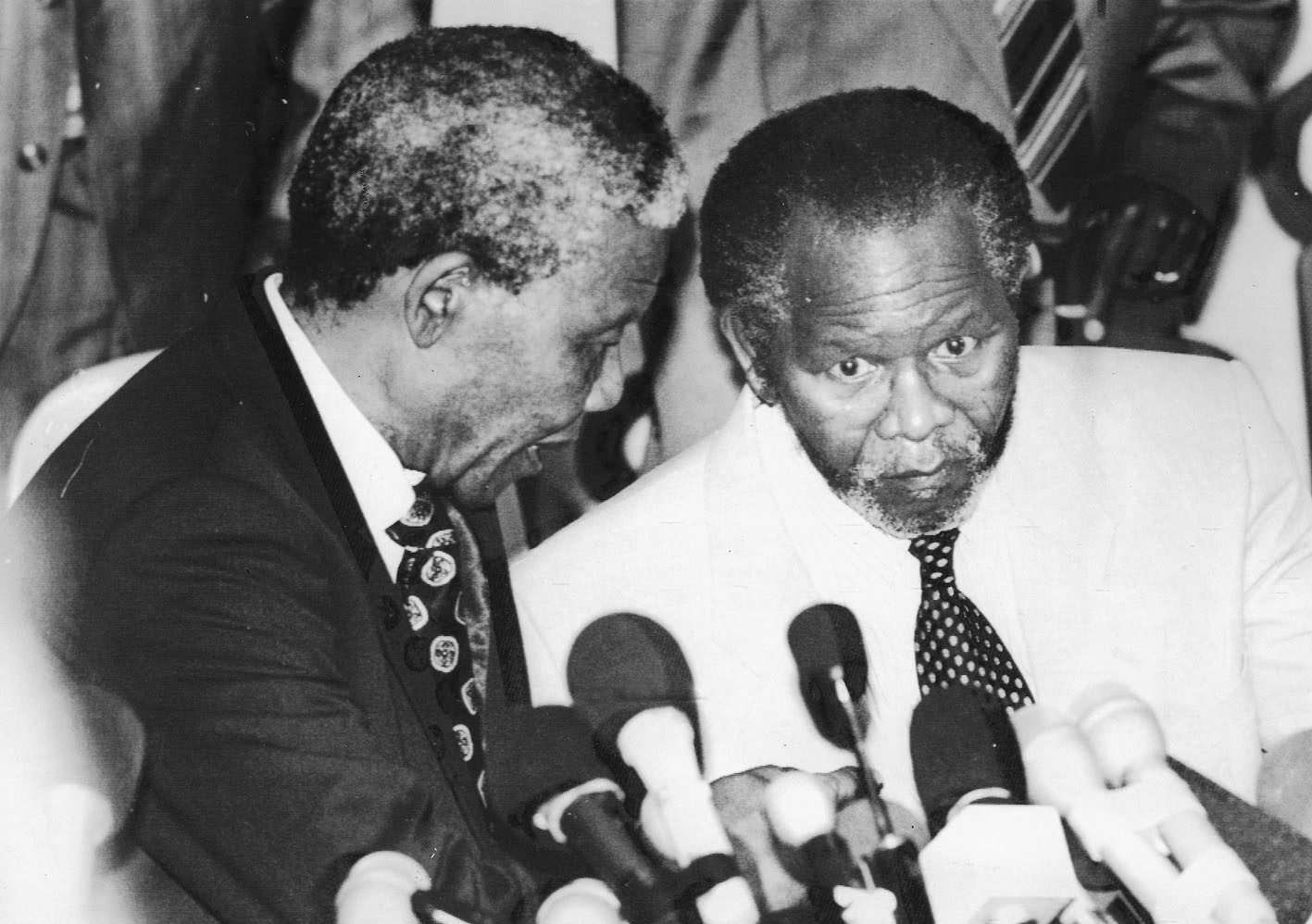 Nelson Mandela and Oliver Tambo at a press conference at the conclusion of the ANC Congress at Nasrec, Johannesburg in 1990.

It is, however, sad that history has become oblivious of Oliver Tambo. Not only has he not taken his rightful place in the memories of those he laid his life for, but his contribution as a patriot and mentor of the ANC has also been overlooked.

Oliver Tambo remains largely obscured in the shadow of other eminent members of the ANC. This is so despite the fact that his career distinguishes him as one of the venerated leaders of the struggle for freedom in South Africa.

He was a committed freedom fighter who was not seduced by the trappings of celebrity and populism as he was imbued with the resolve of attaining freedom for his people regardless of the cost to his life.

Thus, it is time to rescue Oliver Tambo from historical amnesia and political anonymity and have him restored to his deserved position in the public domain.

The government should therefore be commended for dedicating 2017 to this revolutionary giant. Arguably, this will help educate South Africans on what he stood for, especially the young ones as they hardly know who Oliver Tambo was.

Tenacity and resilience are the two words I could describe Tambo with.He was consistent in demonstrating brilliance in unique ways, and was as skilled at connecting facts and ideas as he was at connecting people. His mind was always churning, weaving ideas and strategies with facts and figures.

According to Thabo Mbeki, Tambo was a leader who could deal with both the concrete and the abstract. With the scientist’s level of precision, he would grapple and master the specific, the particular, while equally comprehending the general and the whole.

According to Nelson Mandela, if there is one person who symbolises “the crystallisation and personification of what the ANC is and become”, “that person would Oliver Tambo”.The historian HG Wells asserts that, “a man’s greatness can be measured by what he leaves to grow, and whether he started others to think along fresh lines with a vigour that persisted after him”.

In a review of a piece of work entitled: “Profiles in Leadership: Historians on the Elusive Quality of Greatness”, it is averred that “the qualities that define great leadership are almost as mercurial and indecipherable as those that identify great art: one notices more their absence than their presence, and sometimes a rear-view mirror is necessary to determine if they ever existed at all”.

This is particularly true of Oliver Tambo, the Moses of South Africa’s liberation Struggle, who led the ANC with great aplomb during the days in exile.

South Africans owe Tambo an irredeemable debt of gratitude for an indelible contribution he has made to humanity. As pointed out by Thabo Mbeki, in his foreword in the book Oliver Tambo: Beyond the Engeli Mountains, written by Luli Callinicos, more than anyone else, OR personified the leadership of the ANC when many of its leaders were in prison or exile.

Again, Thabo Mbeki reminds us without the memory and spirit of OR Tambo in our midst, serving as our guide, our present and future will carry the taint of barrenness because they will be deformed by a poverty of meaning.

If Oliver Tambo were to wake up from his eternal sleep, he would decry the present state of affairs in the ANC, especially the conspicuous immersion of some of its members in crass materialism; a situation that represents the era best known as the era of the politics of the stomach or to use Michela Wrong’s words, the “Our turn to Eat” era.

This is an era where the moral compass that guided us in the liberation Struggle period has been de-calibrated – where an avowed distaste for individual possession of wealth has been replaced by the vision of our existence as a merciless contest in conspicuous consumption.

This has resulted in a dislocated and disoriented conception of ourselves which is manifested in our preoccupation with populating the machineries of our nation state with people who pursue narrow, parochial individual concerns at the expense of the greater South African humanity.

Oliver Tambo would be shocked to discover that stimulating intellectual and political discussions have suddenly been replaced by heckling and howling, a sign attesting to the fact that political bankruptcy has crept in. The current political shenanigans playing themselves out in the country would devastate Oliver Tambo because they have the potential of vitiating the critical milestones that have been achieved by one of the mighty political movements to ever come from Africa, the ANC.

The political insolvency that has replaced the robust intellectual and lively debates is indeed a blot to the image of the ANC. A party widely acclaimed and renowned to be steeped in the tradition of vibrant intellectual discourses is now on the brink of the cesspit of the contrary.

As the ANC braces itself for the policy and elective conferences, there are significant lessons that could be learned from the yesteryear leadership, especially from Oliver Tambo.

At a press conference on June 25, 1985 in Lusaka, Oliver Tambo said, “Those of us who are the true liberators should not fight among ourselves. Let us not allow the enemy’s dirty tricks succeed in getting us to fight one another.” Known for his always incredible prescient analysis on political dynamics, Tambo’s extraordinary cautionary words are relevant today as they were at the time they were first uttered in 1985.

Ironically, the ANC was experiencing internal problems albeit not at a scale that it is experiencing now. Indeed, his cautionary words are worth remembering as we honour his memory. The ANC can only disregard the views of its legends and veterans, who are calling for self- introspection, at its own peril.

Even amid times of turmoil and turbulence, amid the inevitable political vicissitudes and tidal waves, political cleavages and chasms, true leaders of the ANC must rise up and show leadership.

They must rise up to honour the memory of Oliver Tambo and all those who sacrificed their lives for the ANC and the country. They must rise up to help arrest the downward slide to end what South African politics has become; a messy, deceitful, treacherous and murderous affair.

There is a need for recreating political institutions where human decency prevails over ruthless and anarchical political strategies, and civility triumphs over callous political manoeuvring.

* Shongwe works in the KZN Office of the Premier. The article is written in his personal capacity.

** The views expressed here are not necessarily those of Independent Media.