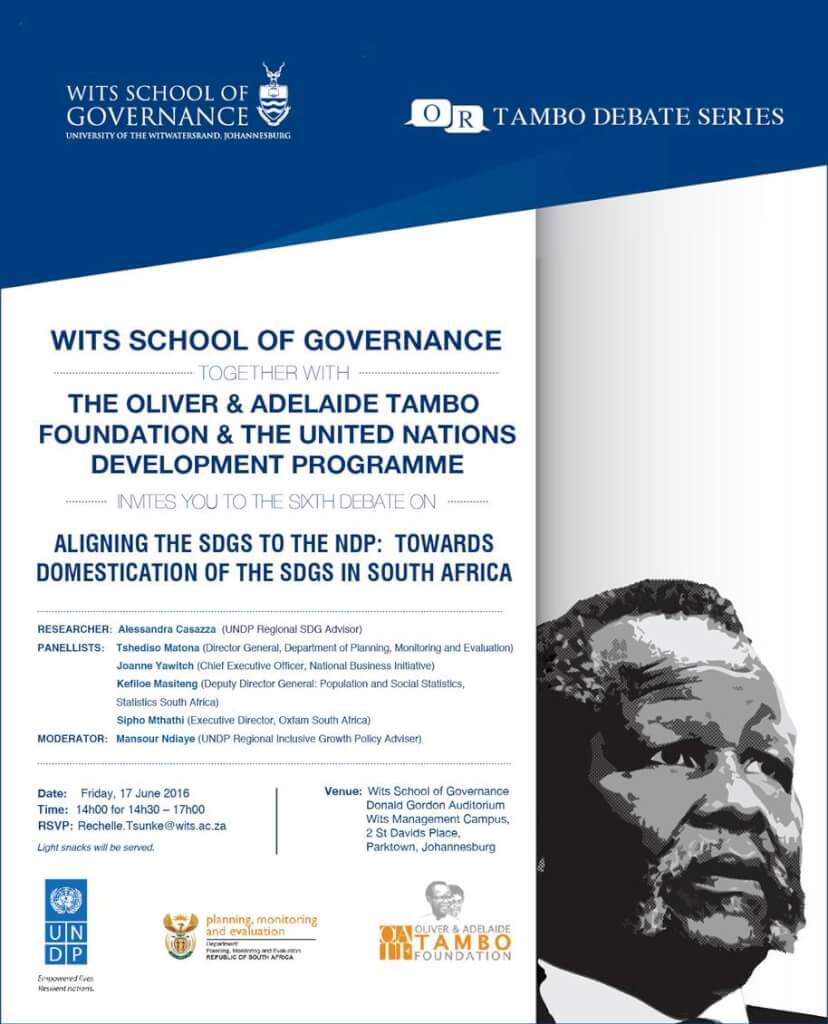 10 May OR Tambo Debate Series

In partnership with The Wits School of Governance, the Oliver and Adelaide Tambo Foundation will be hosting a series of 10 public debates, scheduled to span over 15 months and focussing on the implementation of the National Development Plan (NDP). The first debate was hosted on the 24 July 2014 in Johannesburg, with the theme “Implementing the NDP and how can it be done?”

This inaugural debate featured a panel representative of government, labour, civil society and academia, who gave their perspectives on the NDP, highlighting its possibilities and limitations. Jeff Radebe (Minister in the Presidency), Professor Adam Habib (Wits Vice-Chancellor and Principal), Neil Coleman (COSATU) and Nku Nyembezi-Heita (Chairman: JSE Ltd.), made up the panel of experts. Veteran journalist, Siki Mgabadeli, was the moderator.

The Debate Series also pays homage to the life and work of Oliver Tambo, who according the CEO of the foundation, Mr Mavuso Msimang;

‘Oliver Reginald Tambo was most noted for his exceptional leadership skills combined with hardnosed political realism.’