Remember the legacy of Tambo 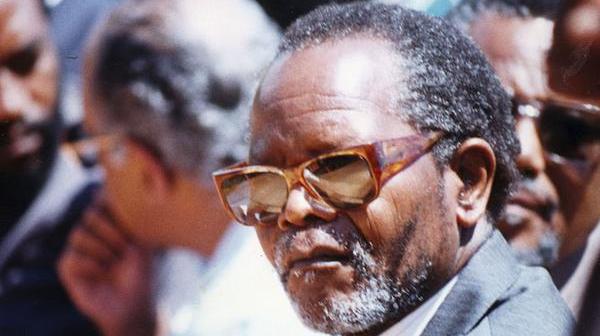 14 Jun Remember the legacy of Tambo

Posted at 17:51h in Opinion Pieces by OATF

Youth Month 2017 will be used to reflect on the life and legacy of Oliver Tambo, who would have celebrated his 100th birthday this year.

He was an anti-apartheid revolutionary who served as president of the African National Congress (ANC) from 1967 to 1991, making him the longest-serving ANC president.

Tambo was indeed the glue that held the ANC together in exile under challenging conditions, which he managed to do through his leadership qualities.

He was a leader who led by example and he personified what the ANC stood for and what the ANC intended to achieve: a non-racist, non-sexist, democratic and united South Africa.

He was also prepared to sacrifice his own luxuries to leave his home and career to live in exile. In 1969, Tambo even sacrificed his position in the ANC, whilst being president, when he tendered his resignation from the ANC following personal attacks.

The ANC today is in desperate need of leaders like Tambo, who will at all costs put the interests of the organisation first.

In 1943, the ANC Youth League (Ancyl) was formally accepted by the ANC at its Congress in Botshabelo and Tambo, at the age of 26, was elected the first secretary.

During his leadership, Tambo was mindful of the rights of women. He commissioned a code of conduct that saw that women’s rights are respected and upheld by everyone in the organisation. He tried to ensure that the abuse of women was eradicated.

On January 8, 1985, Tambo delivered his most dramatic speech, calling on people to “render South Africa ungovernable”. Following the July 1985 state of emergency, he again appealed to all South Africans, black and white, to make apartheid unworkable and the country ungovernable. In 1986, he called for a campaign to establish an alternative system of education and called for the unbanning of the Congress of South African Students.

During the early hours of the morning of April 24, 1993, Tambo passed away after a heart attack. He was honoured with a state funeral at which scores of friends, supporters, colleagues and heads of state bade him farewell.

His epitaph reads, in his own words: “It is our responsibility to break down barriers of division and create a country where there will be neither whites nor blacks, just South Africans, free and united in diversity.”

June 16, 1976 indeed marks a remarkable day in the history of our country, when young people stood up for what they believed in despite the opposition of an oppressive regime. The youth of 1976 was prepared to sacrifice for a better South Africa. What are we prepared to sacrifice to continue building a better South Africa? We need to be like O.R. Tambo and live exemplary lives so that future generations will emulate a lifestyle of Ubuntu and not of selfishness.

It goes without saying that the youth of today are dealing with numerous challenges, but so did the youth of 1976.

We must take our challenges head-on and overcome them so that it does not keep us from achieving our potential.

Here are some examples of how the youth have influenced society: John Dube was in his youth when he built a school that is still standing today, and he started a newspaper. Jesus, between age 30 and 33, carried out his earthly ministry that impacted the faith of millions. Karl Marx was 26 when he wrote the Communist Manifesto and Vladimir Lenin was 33 when he led the Russian Revolution. Pixley ka Isaka Seme was 24 when he wrote The Regeneration of Africa, on which most of the thinking around the African Renaissance is based. Nelson Mandela was 32 and O.R. Tambo was 31 when they spearheaded the anti-apartheid programme of action in 1949.

As we celebrate Youth Day on June 16, let us be inspired by the youth of the past, the class of 1949 and the class of 1976, to overcome our challenges. Let us, as the class of 2017, also be remembered for having contributed to moving South Africa forward.