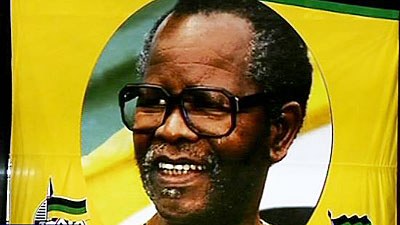 Posted at 07:14h in Opinion Pieces by OATF

The struggle stalwart was a humble leader who should be celebrated, writes Aydon Windvogel

The ANC has always produced leaders of a high calibre. One such leader was born on October 27 1917 in the village of Kantolo in Bizana, Pondoland.

Oliver Tambo was a bright student and leader from the start. Humility was one of his best qualities.

Tambo was passionate about education. He wanted to study medicine after school, but was not allowed to because of apartheid laws that prevented black people from studying medicine.

He then opted to study a BSc degree in physics and mathematics at the then College of Fort Hare. Upon graduation, he enrolled for a diploma in higher education.

Around this time, Tambo served as secretary-general of the student representative council, which led a policy of non-cooperation with university authorities that saw him being expelled.

Because of his expulsion, he struggled to find a teaching job, but found one at his alma mater.

His love for education also saw the establishment of schools for those in exile.

Tambo and his family went into exile at the request of the leadership of the ANC. It was during this time that he went around the world to drum up support and solidarity for the fight against apartheid.

For most of the time he spent in exile, he served as an ANC leader.

It was also in exile where Tambo led the Morogoro Consultative Conference of the ANC, at which he tendered his resignation following personal attacks on him, but he was convinced to withdraw it.

After the ANC was unbanned in 1990, Tambo and his family returned to South Africa.

At the 1991 conference of the ANC, in true Tambo fashion, he declined to stand for any position, although he could have done so using his struggle credentials.

The conference resolved to create the position of national chairperson in his honour.

He died on April 23 1993 without having the honour of tasting the fruits of the freedom for which he fought. But we as South Africans can honour this great son of the soil by participating in every election and defending our democracy at all times.

» Windvogel is a matriculant, hoping to read for a bachelor of law degree at the University of Cape Town next year

This article was sourced from News 24