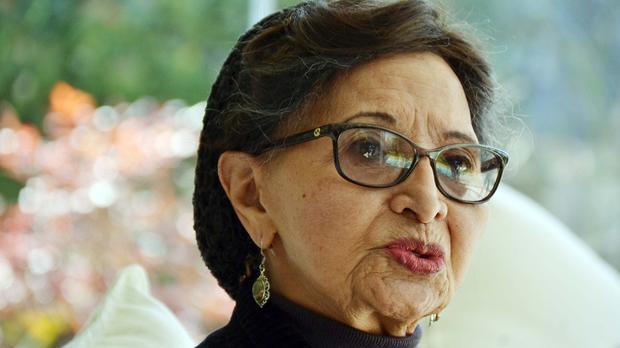 Posted at 10:56h in Opinion Pieces by OATF

Johannesburg –  As we come to the end of Women’s Month, it is undisputable that we live in a South Africa where extreme inequalities, gender stereotypes, sexism and rape culture are all commonplace.

The most pervasive of these is women and children abuse – one of the least prosecuted crimes, and one of the greatest threats to the development and future of South Africa.

There is nothing remotely excusable about the systemic levels of violence against women. The time for complacency on the impunity that allows for human rights violations is long gone and there are no excuses.

I call on the law enforcement authorities to act decisively and the judiciary to send a clear message to perpetrators when sentencing those that are convicted.

As one of the women who led a march of over 20 000 women to the Union Buildings in 1956, the cries for justice from women who have suffered actions of violence brings shame to the struggle we worked so hard to overcome.

South Africa has witnessed women rise above diverse challenges, seen them defy the odds against them to assume leadership roles in almost all spheres of life.

Women have faced immense oppression for so long in history and the reasons why women are perceived inferior to men is still unknown.

We are excluded … yet women have the ability to form networks that bind us together and support other women – within communities, within business and within political structures, providing real opportunities to promote growth within our society.

Violence against women leaves half of our population in a permanent state of vulnerability, which poses serious consequences for current and future generations, and for South Africa’s overall development, if left unaddressed.

In the Centenary Year of Oliver Tambo I would like to remind us that Oliver was the first senior leader in the ANC who fully recognised the worth of women and their role in the struggle. He acknowledged the value we brought to the movement intellectually, militarily, administratively and politically.

Oliver Tambo appreciated the young women MK cadres in the camps who carried out their tasks equally alongside their men comrades never shirking their duties. He always reminded us that women should take up their rightful place in society.

With this, I call upon each of us, to reflect on a section of the Women’s Charter which was adopted on 17 April 1954 at the launch of the Federation of South African Women (FEDSAW): “We women do not form a society separate from men.  There is only one society, and it is made up of both women and men.  As women we share the problems and anxieties of our men and join hands with them to remove social evils and obstacles to progress.”

Enough is enough! Let us join hands to end women abuse … It is time for violence against women to stop.

* Anti-apartheid activist Sophia Theresa Williams-De Bruyn was the first recipient of the Women’s Award for Exceptional National Service and is the last living leader of the Women’s March that took place on 9 August 1956 in Pretoria.