Posted at 16:48h in Articles, News, Press Statements by OATF 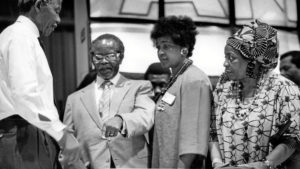 The Tambo Foundation joins all South Africans in paying tribute to a fearless leader and a mother of the nation, who dedicated her life to fight for justice for all. This is, indeed, a very sad day for South Africa, and it should be used to remember her remarkable life, which had seen both great personal suffering and triumph over immense adversity; and to honour her legacy by building a new nation based on equality, social justice and democracy.

The stories of the Mandelas and Tambos are inextricably linked. Mam’Winnie and O.R. were born in the same district – Bizana, in the Eastern Cape. During her career as a social worker in Johannesburg, she resided with a young nurse – Adelaide Tsukudu – whose fiancé, Oliver, introduced her to his friend, Nelson Mandela.

Mam’Winnie, as most will agree, suffered more humiliation, torture and abuse meted out by the apartheid system, than we could ever imagine. The countless times she spent in jail, in solitary confinement and in banishment, never even once affected her resolve to stand and fight for justice for all. She stayed resolute to the ideals of the African National Congress to bring down the apartheid regime and to create a democratic South Africa for all.

As we celebrate her life and mourn her passing, let us do so by dedicating our efforts and energy to continue the work she so passionately championed. Let us honour her legacy by embodying the fearlessness, courage, passion and empathy which she epitomised. We can only honour her if we do not allow any South Africans to carry on suffering under a system that does not take care of its most vulnerable – a cause from which Mam’Winnie never shied away.

We extend our deepest condolences to her family, loved ones, comrades and friends. 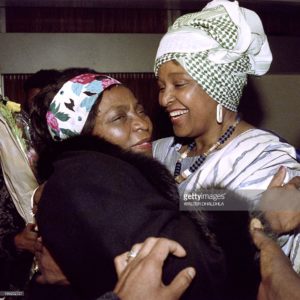