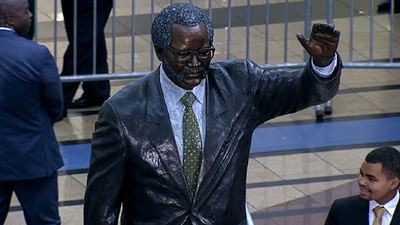 Government says everything is in place for Oliver Reginald Tambo birth centenary celebrations at his home village of Nkantolo, outside Bizana, in the Eastern Cape on the 27th of this month. The celebrations are held under the theme “Life and Legacy of OR Tambo.

The chair of Inter-Ministerial Committee, Jeff Radebe, says everything is in place: “The national OR Tambo centenary celebration will be held on the 27 October 2017 to mark his 100th birthday, if he was alive at his birthplace in Nkatolo in the Eastern Cape.

“Approximately 20 000 members of the public are expected to attend. Mobilisation is currently underway especially in the areas around Bizana. About 1 000 invited guests are expected to be in attendance including ministers deputy ministers premiers mayors councillors traditional leaders and Ambassadors amongst others.”

Radebe says various events and joint activities have been lined up. He says the Oliver and Adelaide Tambo Foundation is planning to host the OR memorial lecture in Johannesburg next Friday.

The event takes place at the Wits Great Hall and commences at 16:00 with pre-event celebrations. These performances by the Wits Choir, the Unity secondary school choir and Ladysmith Black Mambazo.

The lecture which will be delivered by former President Thabo Mbeki will commence at 18:30.