Analysis: Morogoro conference – memorandums, wedge drivers and the saving of the ANC’s soul 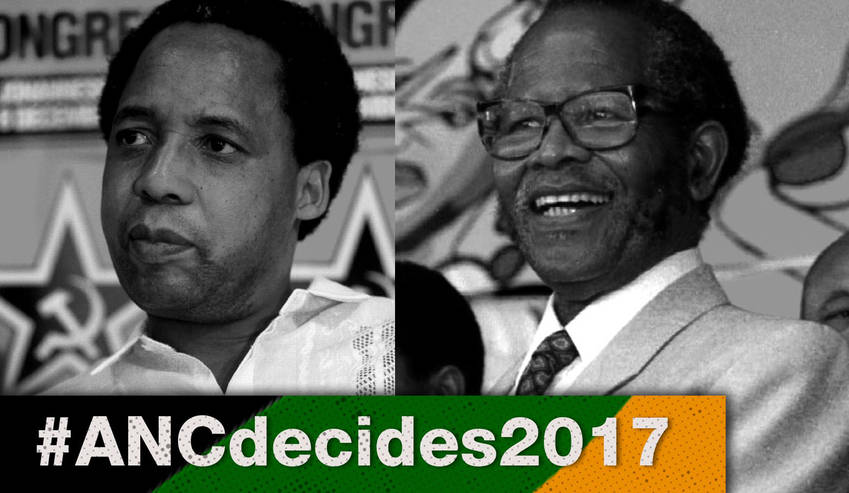 Posted at 00:34h in Articles, News, Opinion Pieces by OATF

A thread that runs all the way back to the ANC’s watershed consultative conference held in April 1969 in Morogoro in Tanzania darts through the ANC in its current embodiment in the Zuma era. Deep discontent with the personal and political health of the movement’s leadership and accusations of a “frightening depth of rot” were some of the critical issues facing then acting president Oliver Tambo. Another was organisational renewal. In this, the year of OR Tambo, the ANC will, starting this weekend, have to make a choice – heed Tambo and close ranks and draw the line or follow the path of the wedge drivers. By MARIANNE THAMM.

“No one in the movement can be content with the present situation; all must be aware of the deepening malaise such as we have never known before.”

That was SACP member Ben Turok, stationed in Dar es Salaam, who on 5 April 1969, three weeks before the ANC’s third consultative conference that took place in Morogoro, Tanzania, wrote a memorandum in support of an earlier scathing critique penned by MK leader Chris Hani and six others.

The Morogoro conference was a critical one, prompted by deep crisis, accusations of an out-of-touch leadership, authoritarianism, careerism and corruption among senior MK leaders in charge of a moribund and ill-equipped military wing.

“There has been little elective democracy in our movement for well over a decade… democracy must be seen to operate – the power of recall is basic to discipline and mutual respect between leaders and the led,” Turok set out.

And then there was the uncompromising “Hani Memorandum” – thought to have been written in January 1969 – signed by Chris Hani and six other MK members following the disaster of the Wankie and Sipolilo campaigns.

Wankie had been a joint operation between MK’s Luthuli Detachment and Zapu, who in 1967 engaged Rhodesian forces near Livingstone in western Zambia. Sipolilo took place five months later, employing the Pyramid Detachment. In that instance there had been heavy casualties and captures, including Hani who was arrested in Botswana in 1967.

Upon his release, Hani and six others, ZR (Jeqe) Mbengwa, Leonard Pitso, Ntabenkosi Fipaza (Mbali), Wilmot Hempe,Tamana Gobozi (Mikza) and GS Mose (Jackson) Mlenze penned the memorandum which they eventually presented to the ANC’s NEC. This was a meeting, to Hani’s surprise, that was attended by Military Headquarters and the Military Regional administration, the very organs they had criticised.

The six signatories informed leaders that as a result of the Memorandum, “Orders were given for our arrest for alleged treachery. Dungeons were dug at Livingstone for our reception. We would probably have been thrown into these dungeons but for the intervention of a leading comrade. The Acting President [Oliver Tambo] ordered the dungeons to be closed, and convened a meeting of militants to consider our case.”

The Hani Memorandum was an uncompromising critique of the ANC’s leadership in exile, particularly secretary-general Duma Nokwe and and the effectiveness of MK, especially its commander-in-chief, Joe Modise.

“We are disturbed by the careerism of the ANC Leadership abroad who have, in every sense, become professional politicians rather than professional revolutionaries.”

The payment of salaries had had a “detrimental” effect on the outlook of those on the steady payroll as “such payments corrupt cadres at any level and have the effect of making people perform their duties or fill offices because of money inducement rather than dedication to the cause – they become in effect merely salaried employees of the movement”, wrote the signatories.

Further “disturbing and dispiriting” symptoms, they noted, were the opening of “mysterious business enterprises which to our knowledge have never been discussed by the leadership of the Organisation. For instance, in Lusaka a furniture industry is being run by the ANC. In Livingstone a bone factory whose original purpose was to provide cover for underground work in Botswana is now being used as a purely commercial undertaking. As a result of these enterprises more and more M.K. men are being diverted to them. And some of the people in charge of these enterprises are dubious characters with shady political backgrounds. We are therefore compelled to conclude that there is no serious drive to return home and carry on the Struggle.”

A tribunal in March 1969 had expelled the Hani six from the ANC. They appealed the finding which was then overturned at the Morogoro Conference. The reinstatement of Hani Memorandum signatories prompted a later revolt among those who supported Modise.

Earlier in 2017 the group known as the 101 Stalwarts penned a statement recalling the crisis the ANC faced at Morogoro.

“Only 70 delegates gathered in Tanzania. In a few days’ time, at our elective conference which runs from December 16 to 20 at Nasrec in Johannesburg, we are expecting more than 5,000. That’s already 500 more than in 2012, when we had our conference in Mangaung, Free State,” noted the Stalwarts.

The growth in numbers should have a “progressive impact” on the ANC, but what lay behind it, asked the Stalwarts.

“Tension. Strife. Turmoil. Factionalism. Nepotism. And, to us probably the worst manifestation of the misuse of power: greed.”

And it is greed that is the “most potent contrarian force we have had to face in our 23 years of freedom. Yet when we examine Morogoro, we see all the warning signs were there, some of them pointed out by Tambo, some by Chris Hani and others. Certainly there were those in Tanzania who were unhappy that Comrade Chris and others were exposing their fault lines. Certainly there were those who called Hani and others ‘traitors’, and would even have liked to see them disciplined, if not worse.”

It was Tambo who had stepped in in 1969 – first by resigning and then being elected president – as the custodian of the movement’s ethics.

“He was not going to oversee the destruction of the ANC through it submitting to the desires of the contrarian forces – indeed the true ‘traitors’ – in its fold,” said the Stalwarts.

Turok, in 1969, opined, “It is often said that for an organisation to be healthy, the discrepancies between the elders and the rank and file ought not to be too great. Obviously leaders need peace of mind, some comfort, and facilities for quiet work. However, it ought to be constantly borne in mind that these requirements ought not to be an excuse for the emergence of an elite.”

In 2017, the Year of OR Tambo, the ANC limps into its 54th elective conference deeply divided and imperilled by a mountain of court judgments against its current leader and President of the Republic of South Africa, Jacob Zuma. Apart from these findings there is also irrefutable evidence of industrial-scale corruption that has been allowed to fester under Zuma’s watch and to the benefit of outside business interests, the president’s family, close friends and associates as well as those who form part of his inner circle.

The thread of greed, corruption, careerism and outright banditry at the expense of the movement, its ethics and its policies, can be traced back to the party’s time in exile, a thread that must be unpicked and finally cauterised.

“The ANC in exile had become increasingly preoccupied with its own internal concerns and increasingly out of touch with events on the ground in South Africa.”

In 2017, two years before a national election which could see the ANC lose power, the party faces the same crisis in this regard.

Luli Callinicos, in her biography of Tambo, Oliver Tambo – Beyond the Engeli Mountains(David Philip Publishers), wrote:

“The Morogoro Conference, many agreed, was a ‘turning point’. The movement in exile had bonded through a process of problem solving. It had been restructured so that it could fulfil its necessary purpose as a ‘proper instrument for organising and leading the revolutionary struggle’.”

While the specific complex global political currents underpinned the crisis of the ANC in exile, so too do these currents come into play in contemporary South Africa.

The ANC in its current manifestation as a ruling party has deviated from its mission. With Zuma at its helm it has created an elite, fabulously wealthy cabal beholden to outside and private business interests at the expense of the movement, its original ideals as embodied in the Freedom Charter and enshrined in the Constitution that underpins South Africa’s democracy.

The ANC under President Zuma has also turned on itself, hollowing out the state, siphoning off billions in public funds, leaving citizens, mostly the black majority, to fend for themselves.

He also leaves a severely compromised criminal justice system including the Hawks, SAPS and the NPA resulting in a brazen disrespect by some leaders of the rule of law, a disrespect that has trickled down to all levels in South African society, including big business.

So much so that it has been the courts that have had to direct the president for much of his tenure as head of the party and leader of the country. Several judgments have captured, so to speak, for all eternity, the rotten character of Zuma’s ANC.

As some 5,000 delegates gather at Nasrec this weekend, the weight of this history will be present, as will the spirit of Oliver Tambo.

The vigilant or the wedge drivers?

And what will be left behind?

A party dead in the water or one that will embark on the slow and painful process of relocating its soul and those moments in its history when it has shone and led the way?DM