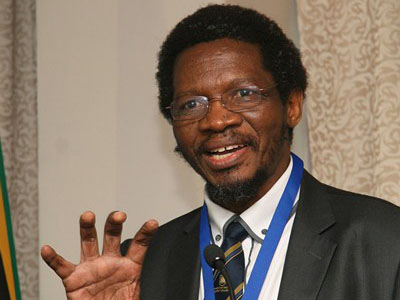 Mvuyo has just retired as the Vice-Chancellor of the University of Fort Hare (UFH), a position he served in from 2008 to 2016. He currently serves in the Albertina Sisulu Executive Leadership Programme in Health at the Faculty of Health Sciences in the same university. He is the Deputy Chairperson of the board of Tekano: Health Equity in South Africa, and Chairperson of Masibumbane Development Organisation. He is serving in the board of the Oliver and Adelaide Tambo Foundation. He is a member of the Council on Higher Education (CHE). He is a trustee of the Wiseman Nkuhlu Trust.

He holds a MB ChB degree from the University of Natal, a Master of Family Medicine, (University of Witwatersrand) and a Master of Science in Public Policy and Management (University of London, School of Oriental and African Studies). He did a Senior Executive Programme with Harvard and Wits.

He was an underground operative of the ANC in the early 1980s. He was detained without trial for six months and sentenced for three years by the apartheid government from 1983-1987. He continued to operate underground after his release until the unbanning in 1990. He has served at various levels from branch to national level first in the health desk of the ANC then in the health and education sub-committee. He is currently serving in the Easter Cape Provincial Integrity Commission of the ANC.

His interests are in health and education with particular focus on equity and social justice.

In 1994 he received the Nelson Mandela Award for Health and Human Rights.