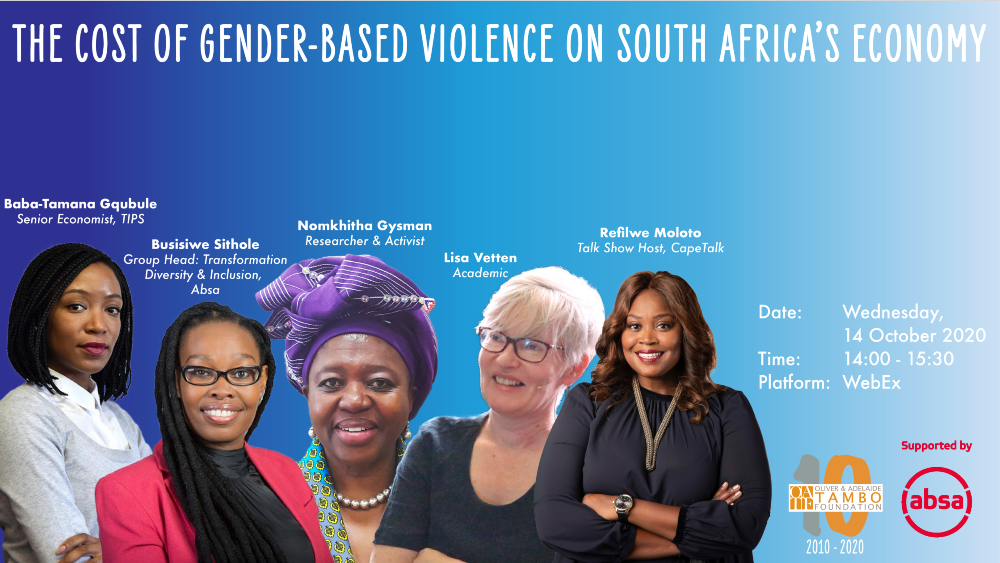 Topic: The Cost of Gender-Based Violence on South Africa’s Economy

It is a well-known fact that gender-based violence has reached pandemic levels globally and it is, therefore, deeply disturbing that South Africa’s respective statistics go well beyond the global average. Indeed, in many aspects of gender-based violence, such as domestic violence and rape, South Africa has the highest reported rate in the world. While much attention is paid to the private and social effects of GBV, seemingly less attention is paid to its economic effects. It is critical that, in order to turn the tide and affect meaningful, sustainable change, all aspects of the impact of GBV are unpacked.

A 2014 report conservatively estimated that GBV costs the South African economy between R28.4bn and R42.2bn per year, or between 0.9 and 1.3% of our annual GDP. Measuring the costs of GBV demonstrates how it drains resources from many already scarcely-resourced sectors but also presents significant costs to businesses and the private sector, all levels of government and civil society. Fighting GBV, therefore, requires the expenditure of resources and rooting it out would not only have critical, positive, societal and health effects, but it would result in substantial financial savings. Six years later, we explored what the true cost of GBV is and how we can better utilise resources allocated to the fight against GBV to render actual social change and thus also lessen its economic effects?