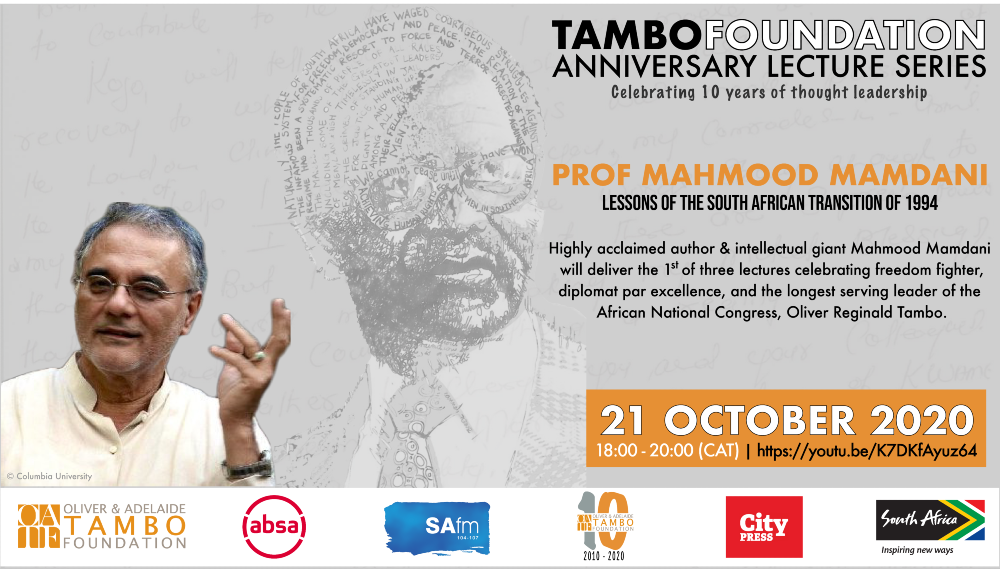 Topic: Lessons of the South African Transition of 1994

Tasked with speaking about Lessons of the South African Transition of 1994, Prof Mamdani spoke eloquently about dissecting the road to democracy that was taken in the lead up to the first democratic election and then unpacking how this resulted in the formation of a nation state, that, in his view, still retains some of the structural remnants of apartheid state, in light of the fact that it was born of it. In his lecture, he delved into insights into the meaning of political decolonisation and the sea of change in South African politics. He went on to say that if SA had failed in any way in its transition, it was with respect to detribalisation. “Tribalisation is not a societal project, it’s a state project. So, if the object is detribalisation, it has to begin by detribalising the state structure.”