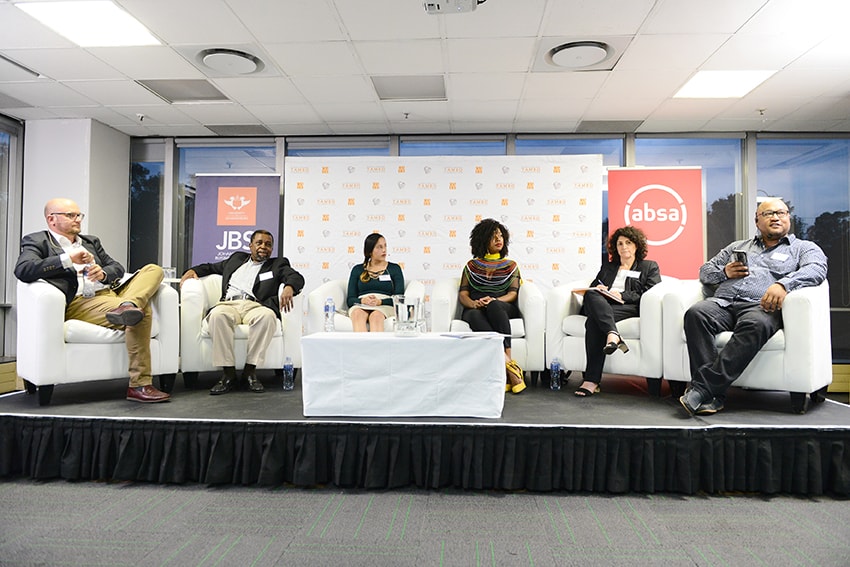 Recent scandals within the public and private sector in South Africa have highlighted the deeply-rooted culture of unethical behaviour of individuals and organisations. How can trust and confidence be restored in business and government? What do those best known for their leadership, integrity and ethics recommend, and how would they do things differently?

The Leadership and Governance Dialogue, titled: Standing up, speaking out: Putting values, ethics and leadership into action, was held on the 15th of November 2018, and hosted by the University of Johannesburg’s Business School. The event discussed O.R.’s style of leadership, which was characterised by a deep commitment to ethics, integrity, respect and honesty.

O.R.’s values are more relevant than ever as we take cognisance of the current climate of South Africa, Africa and the world. Acknowledging that government, business, and societies are in a period of massive transition, Tambo’s guiding principles become even more critical as we seek to redefine business and restore trust and faith in leaders and institutions in the public and private sectors.

Joel Netshitenzhe delivered an address centring on O.R. Tambo – the ethical leader. He discussed the basis of O.R.’s values – coming from a deeply principled family, and developing a strong religious foundation. Mr Netshitenzhe attributed O.R.’s success in liberating the ANC and the people of South Africa as a result of his intellectual acumen and strong sense of justice, underpinned by his unwavering principles and values. He noted that corruption had permeated all sectors of society, from church to state, but it was up to every individual to transcend and resist “the rapacious licence of a system that encourages greed and crass materialism”.

The discussion was robust, with the panellists each offering their insight into the myriad of issues facing SA as a result of unethical leadership. Tanya Cohen concluded: “Any system is corruptible. We need to first act ethically as individuals, and be accountable, and then the interests of South Africa will follow suit.”